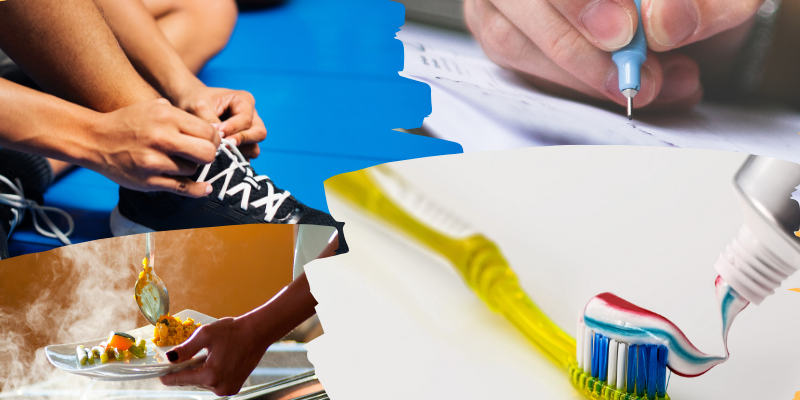 Let’s say your friend’s wedding was coming up and you wanted to wear a tie. If you don’t wear a tie on a regular basis, you may need some help remembering how to complete each step. What is one way you could get some help? Perhaps you would call your dad or ask a friend. Or you could pull up You Tube and watch a video. If this is the solution you choose, you have just utilized video modeling!


Video modeling (VM) is essentially watching a desired behavior and then imitating that behavior. VM promotes skill acquisition. A video used for VM can be any length; however, the video must show the entire skill.

What does the research say about VM? VM is considered evidence based practice, which means, the research suggests it works! There are several published research articles using video modeling to teach self-care tasks, social skills, academic skills and more. VM has also been proven to be a highly effective means of teaching children with autism spectrum disorder (ASD).

“In a meta-analysis of 23 studies published between 1987 and 2005, Bellini and Akullian (2007) concluded that “video modeling is an effective intervention strategy for addressing skills important to self-determination for students with ASD, including behavioral functioning, social-communication skills and functional skills.  As would be expected according to Bandura’s theory of modeling, students performed best when they werehighly motivated and attentive because they enjoyed watching the videos.”

Examples of skills that might be taught using video modeling:

One word of caution, when working with children, make sure the video does not show any behaviors that you do not want to be imitated.

Benefits of video modeling include:

Give it a try and see how easy it is!

in memory of a loved one